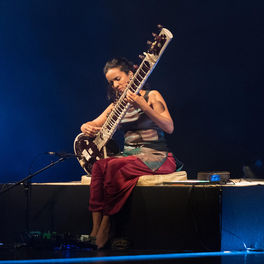 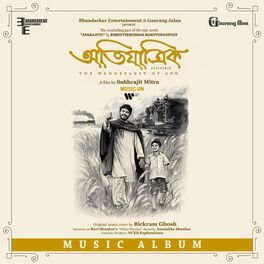 Avijatrik (The Wanderlust Of Apu)

Dinner and Entertainment, Ambient: Music for

Knowledge Of The Self

Songs Inspired By The Film The Beatles And India

Anoushka Shankar is an English-born musician who learned to play the sitar at a young age from her father, the legendary Indian sitarist Ravi Shankar. Half-sister of singer Norah Jones, she has established herself as a major figure in world music with hit records and several major awards nominations. She accompanied her father on tour internationally as a teenager and worked on his iconic 1997 release 'Chants of India' produced by George Harrison. She made her recording debut in 1998 with 'Anoushka' followed by 'Anourag' (2000) and 'Anoushka Shankar: Live at Carnegie Hall' (2001).

Her 2005 release 'Rise' went to number two on Billboard's World Albums Chart, 'Breathing Under Water' (2007) reached number six, 'Traveller' (2012) peaked at number two, 'Traces of You' topped the chart, 'Home' (2015) went to number three and 'Land of Gold' (2016) reached number five and number three on the Classical Albums Chart. 'Anoushka Shankar: Live at Carnegie Hall', 'Rise', 'Traveller', 'Traces of You' and 'Home' were all nominated for the Grammy Award for Best World Music Album. She has recorded with artists such as Lenny Kravitz, Herbie Hancock, cellist Mstislav Rostropovich and flautist Jean-Pierre Rampal and performed with the Orpheus Chamber Orchestra and the London Philharmonic. In October 2017 she performed her score for the 1928 film 'Shiraz', which celebrates the construction of the Taj Mahal, at the Barbican Centre in London.