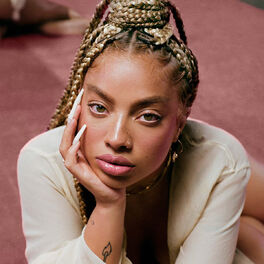 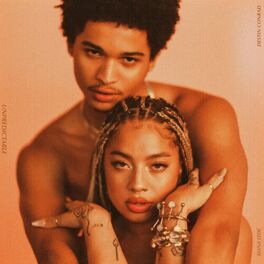 Save Myself (From The Original Television Soundtrack Blade Runner Black Lotus)

Rather Be (with Kiana Ledé)

by THEY., Kiana Ledé

In Too Deep (Acoustic)

Born on April 3, 1997, R&B/pop singer, songwriter, pianist and actress Kiana Ledé Brown (professionally known as Kiana Ledé) was already performing by the age of 3. Growing up in Arizona, she frequently appeared in school plays and beauty pageants. At the age of 14, she won the 2011 KIDZ Star USA Grand Prize, which was the largest national talent competition for kids aged 15 and under. Some of the prizes included a contract with Orange Factory Music/RCA Records and a featured appearance in a Kidz Bop 21 music video and commercial. Her first single for RCA was 2012’s “Hey Chica”. She also performed the track “Do The Mermaid” on the soundtrack to Barbie In A Mermaid Tale 2. In 2015, she appeared on episodes of the series Guidance and Betch. That same year, she released her first digital EP, Soulfood Sessions. She landed a starring role on the 2016 television series Scream, appearing as Zoe Vaughn in 11 episodes during the show’s second season, Kiana then released a digital holiday EP entitled Christmas by Ledé in December 2016, which proved to be her final release for RCA. In 2018, she played Veronica Washington on the television series All About the Washingtons as well as releasing the digital EP Selfless, her first release for new label Republic Records. A year later, she issued the Myself digital EP. In early 2020, she announced the release of her debut full-length, Kiki, and has released two singles from the album: “Mad At Me” and “Chocolate”, both of which hit the Top 40 in New Zealand.