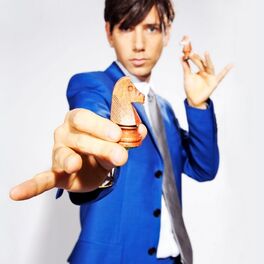 THIS IS House Classics

by Ron Costa, Eats Everything

Tiga James Sontag, who goes by just his first name, is a Canadian DJ who is regarded as one of the top remixers of tracks by artists including Pet Shop Boys, The Killers, Moby and Depeche Mode. He has released many of his own singles and DJ mix compilations. Much in demand around the world, his 2016 appearances took him to Berlin, Rome, Ibiza, Manchester, Barcelona, Odessa, London, Warsaw, Miami, Montreal and Amsterdam.

Born in Montreal, Quebec, he worked as a DJ through the 1990s and in 2001 remixed a version of 'Sunglasses at Night' by Corey Hart followed by remixes for acts including Alpinestars, Crossover, FC Kahuna, Felix de Housecat and Voltaire. His debut album 'Sexor' (2006) included co-productions with Soulwax and Jesper Dahlbäck and was named dance recording of the year at the Juno Awards, Canada's premier music prize.

Linking up with Zombie Nation he produced EPs and tracks under the named ZZT and released his second album, 'Ciao!', in 2009 followed by 'Partys Over Earth' in 2011 and 'No Fantasy Required' in 2016. He had a show called 'My Name Is Tiga' on BBC Radio 6 and maintains a busy performance schedule that would see him at the end of 2017 in Los Angeles and San Francisco and in 2018 in Melbourne, Australia.