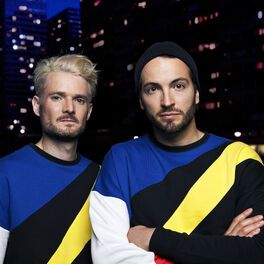 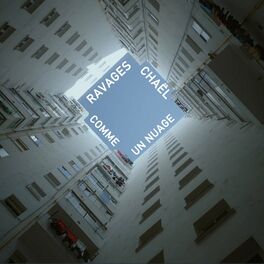 Who could have foreseen an apocalyptic future…that became an uneasy everyday existence? The video that accompanies the first single from Ravages new EP has strangely become a world that is now so familiar…. Empty streets, Masked faces... While shooting these images, the electronic pop duo and their director Jeremy Vissio imagined the possibilities, close to a dystopia. And yet.. ‘Sometimes time speeds up’ announces the song Métamorphoses. Simon Beaudoux (vocals) and Martin Chourrout (production) are both passionate about works of anticipation; their duet takes it's name – with an extra ’s' at the end, from a science fiction novel by French author René Barjavel. Fuelled by this inspirational novel and musical influences (Kraftwerk's man-machines are not far away) plus a nod to iconic cinema (Brazil, John Carpenter), Ravages takes us on a futuristic, pop-modern odyssey, where waves of synthesizers intermingle with bittersweet melodies, evocative of New Order, LCD Soundsystem, Phoenix, Serge Gainsbourg or Malik Djoudi. After several years of successfully touring Europe with their previous indie-pop band Exsonvaldes (four albums and huge success in Spain), the two musicians have left the guitars behind for an electronic Chanson Française, initiated with their previous EP Renaissance (produced by Tobias Wilner from the Danish band Blue Foundation). With Ravages, and in the almost twenty years they have been working together, Martin and Simon continue to explore their mutual fascination of a time of this genre and push the boundaries. In these times of pandemic and mass surveillance...this resonates more than ever. This journey of the future merged with the present via distinct echoes of the past is drawn by the duo from their scientific background: One is a graduate from the Polytechnique School of Paris, the other has a Master's degree in Artificial Intelligence. So, can you write songs in the same way that you would solve equations? "You can pose a hypothesis but to try to prove it in a song…that's a very inaccurate science!” said Simon & Martin. Among their cannon of work are lullabies written during sleepless nights (Rouge Soleil, featured on the soundtrack for the Netflix show Emily in Paris), reflecting on social determinism (D'où je viens) or creating hymns to the end of the world (Munich). But then where can one find the light, between disasters and uncertainties? Ravages invites us into a world of inventions & electronic music - fused with the contemporary pop music and the simplest of all: to reinvent oneself. "Become something else, question everything, destroy everything, nothing stands in the way” is one of their lyrics sung by Simon. To initiate a new world, to prevent others from doing it for us: in 2052, in Ravage, René Barjavel describes a humanity 'over saturated with speed' that decides to slow down, thus instigating the "First Century of the Era of Reason", which quickly turns to authoritarianism. Any resemblance with existing or ongoing works would be purely coincidental…but who knows for the future?