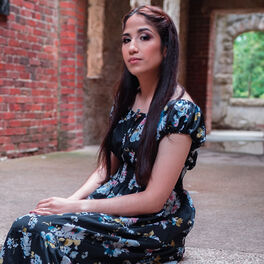 No Te Van a Vencer (Remix)

Talina is a singer & songwriter of Puerto Rican origin born in Cleveland in 1989. At the early age of 10 years old she began singing in church & found a great passion for songwriting. It all came together for her in 2013 when she was awarded 1st place in the AJEC Regional Convention's music competition which solidified her talents and confirmed her calling. In 2017 her first studio album, Me Reflejo en Ti, was released & in 2019 she was the headliner of Tu Amor, a five song EP executively produced by Casero. This EP was written, produced & recorded in a three-day-studio-lock-in and featured Fanny Plaza & Danelis. Shortly after releasing Tu Amor, in 2019, Talina was diagnosed with cancer and took the next two years to write and produce her sophomore album D.Y.T.M. which releases in 2022. D.Y.T.M. counts with Llegar II, Conmigo Vas & Estrella as powerful lead singles. Talina has also seamlessly performed in collaborations such as Casero's Alive & Guerrero De Cristo's Siempre Has Sido Tu where her exceptional songwriting & captivating voice are on full display.