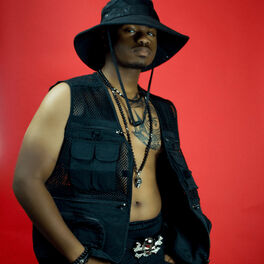 Mind Playin' Tricks On Me

1997, born and raised in South Louisiana, rapper K9 grew up around a substantial amount of musical influence. Many members of his very large family possess the ability to sing, produce music, play musical instruments, and other talents. His passion for rap music may have begun at an early age due to his father's strong love for the genre. Days were filled with songs playing in the home from artists like 2Pac, Rakim, Scarface, Eminem, and Lil Boosie (his father's claimed top 5). Via his father's influence and growing up, he developed and shared a passion for classic rap styles and "the more lyrical" artists. K9 exhibited an ability to write poetry at the age of 7, and would write poems that could express various thoughts and concepts. As a teen, he loved watching underground artists and cyphers. One day he would come across a rap contest hosted by Joell Ortiz. The challenge was "Six Fo". Transcending beyond poetry, K9 formed a song along to the instrumental provided and discovered a new passion. With high approval from friends and family, K9 continued to write for years before officially taking name. Dubbed "The Boss" from family at an early age, he commonly uses "Bayou Boss" K9 as his full official name. One notable feature of K9 is his tribal tattoos. A mixture of Native American & Polynesian symbols cover his chest and left arm as an expression of his Choctaw heritage. In his music, you'll often hear lush lyricism, vivid storytelling, dynamic flow, and brilliant rhymes. While his style and preferences might be a little dark to some, his musical ability and microphone distinctiveness captivates listeners through tasteful beats.