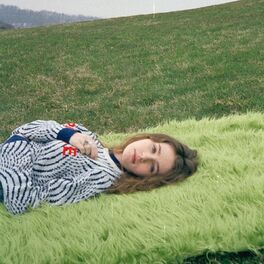 I Don’t Think I Can Do This Again

Stay at Home with Lauv

After releasing several EPs and collaborating with fellow 'bedroom pop' artists Cuco and Jakob Ogawa she had some viral success with 'Pretty Girl' in 2017 and 'Flaming Hot Cheetos' in 2018.

In 2019 she released the indie-influenced 'Bags' as a single, taken from her full album debut 'Immunity', produced and co-written by Vampire Weekend producer Rostam. It retained her intimate confessional vocals and ethereal keyboards, featuring a children's chorus on the closing track 'I Wouldn't Ask You'. She supported Khalid on tour and then toured in her own right to promote the album.