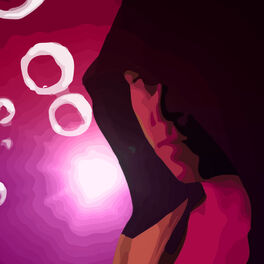 Waiting for the day after

Created in 2006, Hollowave is a protean musical project initiated by JM Von Erach with the participation of F. Norudrev, Wilonq and Alain Crozier, mainly influenced by trip-hop, cold wave, electronica and techno culture. Band, collective, solo project and collaborative… Hollowave is a bit of all of that at once. Each member connected directly or indirectly to the project may have different role. Sometimes a musician, a singer, an author or a video artist, everyone brings their own stone to the building. As a master of ceremonies, JM Von Erach strives to make Hollowave’s music, whether sung or instrumental, consistent for the most intimate and personal result possible. Living in France in rurals areas between Auvergne and Burgundy, Hollowave creates a truly urban music based on complex, melancholic and hypnotic electronic sounds. As if the frontier between the two county where the band is living constituted the central point of a musical geography area including four extremities which could be Detroit, Reykjavik, Berlin and Bristol. Textured synth pads, melodic moods and vocals are contrasted by downtempo or syncopated rhythms. This alchemy give birth to a music with an electronic soul.