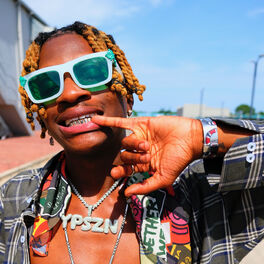 This Is What You Wanted II

by PsychoYP, Kuddi Is Dead

This Is What You Wanted

by Kuddi Is Dead, PsychoYP

Girls On My Neck

by Wavy the Creator, PsychoYP

PsychoYP is one of Africa’s fast-rising rappers leading the pack in new wave Nigerian hip hop. Boasting an undeniable underground hip hop following, coupled with variety of features and lead projects that continue to see him making major waves in the music and entertainment industry, PsychoYP has quickly earned his spot as the most sought-after rapper in Nigeria and on the continent. Born in Abuja, Nigeria - YP discovered his love for music at an early age that has since influenced his style of rap-sung trap, unique to the bubbling new wave of hip-hop. He launched his career in 2016 with the release of Lost In The Sauce EP. He followed this up with his debut mixtape YPSZN (pronounced YP Season) in 2018 and 2019 sophomore YPSZN2 mixtape which earned him a No.1 spot on Top Charts as well as a nomination on the 26th Annual South African Music Awards in the Rest of Africa category and 14th HipTV Headies Award in the Best Rap Album category.