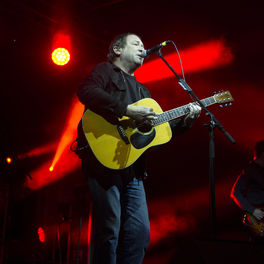 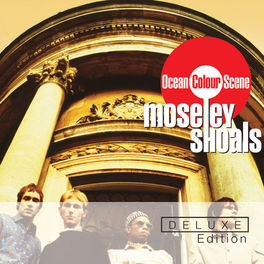 Moseley Shoals: Live From the Hydro

Live at the Bridgewater Hall with Q Strings

Live at the Birmingham Academy

A Hyperactive Workout for the Flying Squad

One for the Road

Formed from the remnants of several local Brummie bands and despite a few false starts, Ocean Colour Scene rode high of the wave of the indie era, releasing their first single Sway to positive reviews during the early 1990s. However, it wasn't until Paul Weller invited them to tour with him that the public really embraced the group, helped further by later joining Oasis on their 1995 gigs. Huge popularity followed with the rise of the Brit pop scene and Noel Gallagher's effusive proclamations that they were the best band in Britain. Moseley Shoals shot into the charts at Number 2 in 1996, remaining in the top 10 for most of the year and eventually going multi-platinum in the UK. The follow-up Marchin' Already went straight to Number 1 and the boys enjoyed further success until bassist Damon Minchella left in 2003. The line-up then changed to include Dan Sealey, Andy Bennett and Tony Boylan but, although the group continues to make music, it no longer enjoys the popularity it did at its peak, during the Madchester days.