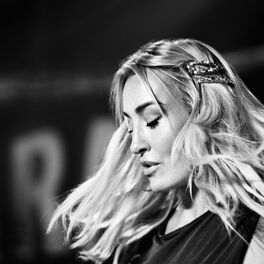 Christmas In My Heart

Sarah Marianne Corina Lewe, who goes by the stage name Sarah Connor, is a German pop singer who has had hit records in her homeland and recordings that charted in America and the UK and she has appeared as a judge on the German version of 'The X Factor'. Born in Hamburg, she sang in a church choir as a child and took voice lessons that led to an appearance in 1997 in the choir that backed Michael Jackson in a performance in the city of Bremen. She landed a recording contract and released her debut album 'Green Eyed Soul' in 2002. The track 'Let's Get Back to Bed Boy' featuring TQ reached number 16 on the UK Singles Chart in 2001.

Hip-hop star Wyclef Jean produced another 2002 album, 'Unbelievable', and in 2004 she released 'Sarah Connor' which peaked at 106 on the Billboard 200. The track 'Bounce' went to number eleven on Billboard's Mainstream Top 40, number 14 in the UK and number 54 on the Billboard Hot 100. Several other albums followed including a seasonal release, 'Christmas in My Heart' (2005), 'Under My Skin' (2008) and 'Sexy As Hell' (2008). A German-language release, 'Muttersprache' in 2015, topped the German Albums Chart and the track 'Wie Schon Du Bist' (2015) peaked at number two on the German Songs Chart.2