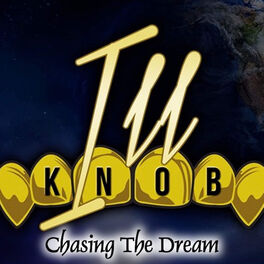 Ballad of the Underdog(No Sun)

This is Hip Hop

For some rappin’ is a hobby; for others it is a religion - something that moves their soul and inspires them to pursue greatness. Count Ill Knob among the latter. The Queens-born, Brooklyn-bred and Long Beach, California-based emcee first fell in love with hip-hop in junior high school. Today, his passion for the music has reached the highest level. “I love hip-hop like I love my daughter,” he says. Fortunately for Knob, hip-hop loves him just as much. His witty wordplay and insightful storytelling has earned him such high profile fans as the RZA and Wu-Tang Clan producer 4th Disciple. The two worked with Ill Knob in the mid 1990s, producing the song “Bless Your Life” for his group KGB. In 1998, Knob traveled with the Wu-Tang Clan family to California to work on albums from such Wu affiliates as Deadly Venoms, Wu-Syndicate, Shyheim and Sunz Of Man. The trip changed his life. “This was a big break for me to relax and chill out,” Knob recalls. “I got my mind and myself together. I knew when I was living in New York, that there was somewhere else and that there was more than just Coney Island, Brooklyn. I had been to Miami and a lot places that were nice, but when I came out to LA, I was like this is it. Now I’m bi-coastal.” Knob took advantage of California’s relaxed atmosphere and dedicated himself to sharpening his rap skills. He has grown as an artist, as his debut six-song EP, the impressively diverse For The Streets , demonstrates. In a clever marketing move, Knob is giving the EP to key mix and club DJs throughout the country. His goal: to introduce himself to hip-hop tastemakers, get their feedback and connect with the streets. “Whatever they like they can play,” Knob says. “A lot of DJs, they don’t play the same stuff anyways. They want to play something else. I just gave them six songs. I’m not going to push for one song. Right now, I just want to get the streets involved.” Throughout For The Streets, Ill Knob showcases his impressive microphone prowess. He raps chorus-free on the exhilarating “Shitty,” highlighting his ability to leave listeners hanging on every word, and delivers a surprisingly seductive cut for the ladies on the smooth “Pass The P.” On the pounding “Boss Up,” he subtly encourages his fans to follow their dreams. “Bossing up is when no matter what kind of brick wall they put up, you break it down,” Knob says. “Any circumstance in life, you’ve got to overcome the problems that stand in your way. You can’t lay down and die.” Knob pays homage to California on “Killa Kalli” (featuring 40 Glocc, Jayo Felony, Blaquetoven and K-9) and “Don’t Want None” (featuring Bad Azz and Daz), two of the hardest cuts on For The Streets. With six sizzling cuts on For The Streets, Ill Knob shows his range, telling more stories, rocking over a wider variety of beats from such accomplished producers as Falonte Moore (Koffee Brown), Storm, Russ Prezz, and South Central Cartel’s Prodegee and dropping more memorable lyrics than most rappers do on their full-length albums. “I’m versatile. I’m not going to come out and label myself or limit my talent. I just like to make music. I do this for myself, the people around me, and the streets. I’m not making a 45 minute single; I’m making an album. Every album is gonna be another story, a chapter in my life.” “Ill Knob is now in the studio recording his debut album Top Of The Food Chain with engineer Roland Richards”, says Storm, Ill Knob’s manager and Director Of Operations for Purfek Storm Ent., who also manages Mobb Deep (Jive), Sam Scar (GP/Def Jam), & Rufus Blaq (T.U.G). Ill Knob is using his long-term love affair with hip-hop, his time on the road with the Wu-Tang Clan and his experience recording For The Streets to help him create a classic collection. The album title, Top Of The Food Chain , is adopted from fellow Brooklynite Mike Tyson, who would say the phrase after knocking out his opponents. Now that Knob has been around hip-hop’s elite and studied their successes, he is applying their strategies and using his own unrelenting drive to succeed with his own musical mission: to be respected as a true artist. “People aren’t always as serious about things as you are,” he offers. “If you wait on other people, you’ll always be late.” No wonder Ill Knob is at the Top Of The Food Chain .