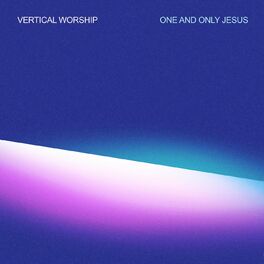 One and Only Jesus

Yes I Will: Songs From Vertical Worship

Grace Is On Our Side

Yes I Will (feat. Heather Headley)

Lord I Need You (Songs of Worship)

Vertical Worship, formerly called the Vertical Church Band, are a musical collective with a changing line-up from Chicago who perform and record songs of worship. Their 2012 debut recording, 'Live Worship from Vertical Church', went to number ten on Billboard's Top Christian Albums Chart. They released EP 'Vertical' in 2013 and the album 'The Rock Won't Move' reached number two on the Top Christian Albums Chart in the same year. EP 'White' came out in 2014 and in 2015 the album 'Church Songs' topped the Top Christian Albums Chart. 'Frontiers' (2016) went to number two and 'Bright Faith Bold Future' (2018) peaked at number 25. An EP titled 'Planetarium' came out in 2018 followed in 2019 by the EP 'Yes I Will'. The title track peaked at number six on Billboard's Hot Christian Songs Chart.