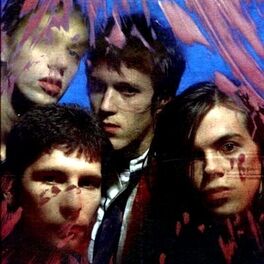 This Is Not a Safe Place

Waking Up in Another Town: Weather Diaries Remixed

This Is Not a Safe Place Remixes

The Jesus and Mary Chain

Lost heroes of the UK indie scene, Ride's baggy grooves and shoegazey psychedelia helped pave the way for the 1990s Brit-pop craze and stir up a love of jangly '60s guitar pop. Led by front man Mark Gardener and guitarist Andy Bell, the Oxford art school friends united over a love of The Smiths, The Beatles and Sonic Youth, and were signed to Creation Records after Jim Reid of The Jesus and Mary Chain heard their early demos. Championed by Radio 1 DJ John Peel, their 1990 debut album 'Nowhere' became a cult classic adored by a generation of shaggy-haired indie kids and follow-ups 'Going Blank Again' and 'Carnival of Light' both reached number five in the UK Charts. Singles 'Leave Them All Behind', 'Twisterella' and EP 'Today Forever' all captured a moment of hazy, dreamy guitar pop at a time when grunge held firm in the US and warehouse raves were all the rage in the UK; but the band split shortly before the release of 'Tarantula' in 1996.

Bell went on to form Hurricane No. 1 before joining Oasis and then Beady Eye, while Gardener released solo records and worked with Brian Jonestown Massacre, Supergrass and The Morning After Girls. In 2002, after reuniting to record a segment for a documentary about Sonic Youth, an improvised jam and two sound checks were released as 'Coming Up for Air'. Gardener continued his solo career however, and no further talks of a reunion were had until 2014 when they officially reformed for a Europe and North America tour. In 2017 they released their first new single in 21 years, 'Charm Assault', followed the next day by 'Home Is a Feeling'. The album carrying these singles, 'Weather Diaries', was released later in the year.