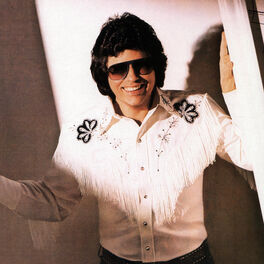 The Best Of Ronnie Milsap

Just For A Thrill

Back To The Grindstone

Despite being blind from birth and abandoned by his mother, Ronnie Milsap enjoyed an extraordinary career that saw him become a Grammy-winning country music star in the 1970s and '80s, selling more than 35 million records.

Born into poverty in Robbinsville, North Carolina, his mother disowned him because she believed that the congenital disorder that caused his blindness was a punishment from God, and he was instead raised by poor but loving grandparents in the Smokey Mountains. His early musical upbringing included singing in church and experiencing the gospel, country and bluegrass songs that inherit the area, but at the age of six he was moved 400 miles away to study at the Governor Morehead School for the Blind in Raleigh, North Carolina. It was there that he received an education in classical music and was given lessons in piano and violin. In his high school days he formed his first band The Apparitions and started playing guitar and singing his own songs.

He moved to Georgia to study law but began playing at a night club in Atlanta where he met touring acts such as Jackie Wilson, Marvin Gaye and Ray Charles who encouraged him to pursue music. With the help of a local radio DJ he landed a deal with New York label Scepter Records and released his first record 'Never Had It So Good' in 1965 which became a hit on the R&B Charts and led to Milsap opening for Sam & Dave and James Brown. He struggled to follow-up that success, though, and moved on to Memphis to work as a pianist in a club and as a session musician for producer Chips Moman at American Sound Studios, where he played on tracks with Elvis Presley including single 'Kentucky Rain'. Charley Pride convinced him to head to Nashville in 1972 and things really took off when he signed to RCA Records and his single 'I Hate You' reached the top ten of the Country Charts.

His new twanging country-pop sound was infused with many of his old influences and he rapidly became a popular figure with a flood of number one country hits including 'Pure Love', 'Please Don't Tell Me How the Story Ends' and 'What a Difference You've Made in My Life'. His most popular albums included 'Night Things' in 1975, 'It Was Almost Like a Song' in 1977 and 'Lost in the Fifties Tonight' in 1985, and he released ten consecutive chart-topping singles in the 1980s including 'Smokey Mountain Rain', 'There's No Getting Over Me' and 'Any Day Now'. He won his sixth Grammy Award in 1988 for his duet 'Make No Mistake, She's Mine' with Kenny Rogers, and although his 15-year run slowed after his 35th number one country hit 'A Woman in Love' in 1989, he collaborated with Mark Knopfler on popular single 'All Is Fair in Love and War' and continued to tour into the '90s.

Later in his career he explored his love of gospel music on 'Then Sings My Soul' in 2009 and teamed up with Trace Adkins for charity single 'My First Ride' in 2012, at 76-years-old returning in 2019 with the album 'Ronnie Milsap: Duets', featuring appearances from Dolly Parton, ZZ Top and Willie Nelson.