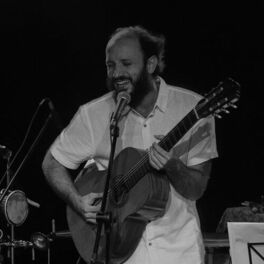 DOSSEL is Rio de Janeiro-based music producer Roberto Barrucho's solo project. Barrucho first came in touch with art while attending a Waldorf school as a child, then, later, he started to compose at age 15 and never stopped working with music since. Hi works was first critically acclaimed after collaborating with singer and composer Mahmundi and winning the Brazilian Music Award for the single "Calor do Amor" in 2013, thereof having his music heard by a worldwide audience. DOSSEL is the result of Barrucho's research into Brazilian music of the 1960's and 70's, mixing it up with elements from contemporary music as well as partnering with other artists and producers. Since 2017, he has released various singles under the moniker, finally launching his debut solo album "Ouvindo Vozes" in 2019.