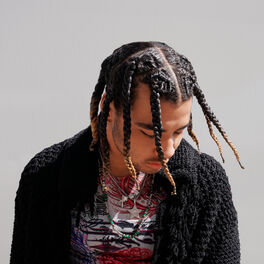 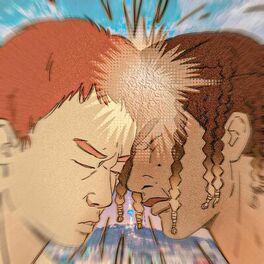 CITY OF ANGELS - The Remixes

I Admit It (NGHTMRE Remix)

by Anitta, Cardi B, 24kGoldn

by Vee The Monarch, Sti-lou, 24kGoldn

Rapper, singer, and arranger 24KGoldn was born Golden Landis Von Jones
on November 13, 2000 in San Francisco, California. He showed an interest in
music early, singing in middle school, first with choir and then among friends.
A sneaker aficionado, he got his start in an unlikely spot - a local sneaker
boutique, DreamTeam, where he worked. He had been freestyling with friends and
approached PaypaBoy, who had a studio on the premises. He recorded his first
tracks there and when his song 2018 track “Ballin’ Like Shareef” (a
reference to Shaquille O'Neal's son's performance at a high school basketball
game) went viral, things began to take off. Over the course of a year the track
racked up some 250,000 streams online and began to draw attention from labels. The
song appeared on his 2019 debut EP, Dropped Outta College. In 2020 he
released the single Mood, a collaboration with Iann Dior that turned
into an international smash, topping the singles chart in the U.S. in addition
to several other countries around the world. Follow-up singles “3, 2, 1”
and “Love or Lust” went top 40 on the U.S. Rock chart and all three of
those tracks would appear on his 2021 debut album El Dorado. In 2020 he lent
his voice to the top 10 Dance hit “Tick Tock”, a collaboration with
Clean Bandit and Mabel.