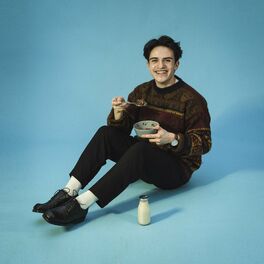 Through the Rose Colored Glass

She Waits for Me

A Morning with Kitsuné (DJ Mix)

No MaDe is a citizen of the world that travels from one place to another, only guided by the flow of poetry that has brought him back to his roots.  No MaDe is an artist and producer at the international "Nomade Studios", esteemed for his versability, he collaborates with artists around the world with the aim of reducing the distances between humans.   As producer, he has created many musical concepts including "The International Album: To be Human", the "Nocturne" or "Collectif Under The Ground" or "The Guest House". He has also produced numerous French, Moroccan and Senegalese artists.   “No MaDe” a singer/rapper/composer. He is currently working on a new album, as well as live performances and artists residences.