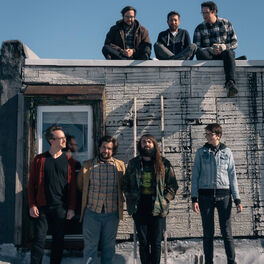 Are Here to Help You

by The World Is A Beautiful Place & I Am No Longer Afraid To Die, Deer Leap

Ronald Records is a Secret Society

The Story So Far

Ronald Records is a Secret Society

Sometimes, the best place to begin is at the end. If you really want to dig deep into Illusory Walls, the fourth album by The World Is A Beautiful Place & I Am No Longer Afraid To Die, it definitely helps to do that. That’s because epic closer “Fewer Afraid”—all 19 minutes, 44 seconds of it—doesn’t just revisit the themes and ideas on the ten songs that precede it, but also offers a self-aware summary of the Connecticut band’s entire history. It’s the conclusion of all the stories within the record as well as a nod to all the lives that helped make them—little glimpses of everything that’s come before, on both a micro, immediate level, and a more universal one. “That song is a higher level look at my whole life and the whole world,” explains vocalist/guitarist David F. Bello, “as well as the album, our band, and our discography. It places the band in the context of the rest of the world as if we’re listening to everything that came before. It touches on all the themes of the previous songs, but there are also callbacks to songs from earlier in our career. But in this song, they’re the object, not the subject—I’m talking about a world in which these things happen, not talking about these things happening.”