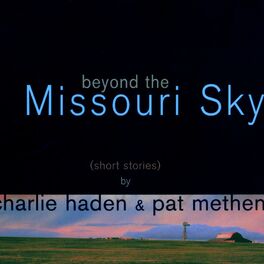 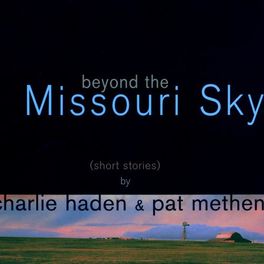 Beyond The Missouri Sky

None But the Lonely Heart

I HAVE A DREAM

When the Grammy Awards honoured double bass player Charlie Haden for lifetime achievement in 2014, bassist Michael Balzary, known better as Flea in the Red Hot Chili Peppers, observed that Haden "had made it his life's mission to uplift the lives of others" and said that "despite the sophistication and technical brilliance, his sound is one that touches everyone - it will make you weep, dance like a lunatic and sit back and listen to the story unfold". Described by Time Magazine as "one of the most restless, gifted and intrepid players in all of jazz", Haden made his reputation with saxophonist Ornette Coleman in the 1950s and remained at the pinnacle of the jazz world until he died in 2014 aged 76. He made hit records in jazz, Latin and bluegrass and earned 14 Grammy Award nominations with three wins.

Born in Iowa, he sang as a child with the Haden Family hillbilly band and when he could no longer sing following a bout of polio he learned to play the double bass. He performed on 'The Ozark Jubilee' television show as a teenager and then moved to Los Angeles where he studied at the Westlake College of Music and performed with saxophonist Art Pepper and pianists Paul Bley and Hampton Hawes. After a stint at the Hillcrest Club in Los Angeles, Ornette Coleman signed him to play on his 1959 albums 'The Shape of Jazz', 'Change of the Century', 'This Is Our Music' and 'Free Jazz' (1960), which revolutionised the art form. He went on to perform with many great jazz artists and had a long partnership with pianist Keith Jarrett. He formed the Liberation Music Orchestra, which performed around the world in protest against US wars in Vietnam and Cambodia and the foreign policies of Presidents Reagan and Nixon, and later created Quartet West with saxophonist Ernie Watts, pianist Alan Broadbent and drummer Billy Higgins.

He worked often as an educator and in 1982 he established the California Institute of the Arts jazz studies programme. He was the subject of a 2009 documentary by Swiss film-maker Reo Caduff and he contributed music to several films including Paul Bogart's 'Torch Song Trilogy' (1988), Clint Eastwood's 'Midnight in the Garden of Good and Evil' (1997) and Walter Salles's 'On the Road' (2012).

Haden had 17 albums on the Jazz Chart with eleven in the top 20. 'Jasmine' (2010) with Keith Jarrett reached number two, 'Live at Birdland' (2011) with Leo Konitz, Brad Mehldau and Paul Motian went to number ten, 'Come Sunday' (2012) with Hank Jones reached number six, 'Hamburg '72: Live Recording' (2014) hit number seven, 'Last Dance' (2014) with Jarrett topped the chart, 'Charlie Haden and Jim Hall' (2014) peaked at number six and 'Time/Life (Song for the Whales and Other Beings' (2016) went to number eleven. Following his death from complications from his polio and liver ailments, the Guardian newspaper praised Haden's "warm, rounded, quite traditional sound coupled with an instinctive rather than formal understanding of melody and a distaste for modern-jazz double-bass histrionics."