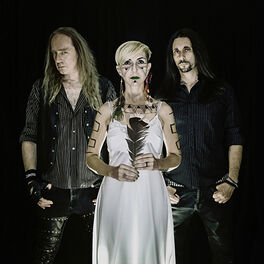 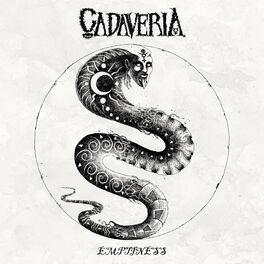 Far Away from Conformity (Remixed and Remastered)

Far Away From Conformity

The Woman Who Fell to Earth

Sopor Aeternus & The Ensemble of Shadows

Cadaveria is the creative alter-ego of Italian-based metal singer Raffaella Rivarolo, one of the first women to hit the extreme metal scene in the early Nineties. CADAVERIA band was founded in 2001 by Cadaveria herself and drummer Marçelo Santos, to freely express themselves as musicians and extreme artists. Since their debut album The Shadows' Madame the band style is labeled Horror Metal. Their sound wanders from Black Metal to classical Heavy Metal, passing through Doom Metal, Gothic and a bit of Prog. The result is a very personal style, imbued with gloomy and sinister atmospheres, with intriguing, hermetic and introspective lyrics, that mirror the personality and the spiritual path of the singer Cadaveria. CADAVERIA career boasts five full length albums, one EP, one retrospective double DVD and a huge support from Central American fans, since CADAVERIA made a series of headlining tours in Mexico in 2007/2015. From 2012 on, with Horror Metal and Silence albums releases, CADAVERIA is engaged in many gigs in Europe and Russia as headliner and in support of Cradle of Filth, Arch Enemy and many more. In October 2020 CADAVERIA release the single Return (a cover of Deine Lakaien): it’s the first sign of the rebirth after a long pause from the scenes, during which the singer had to be treated for cancer. In 2021 other singles come: Matryoshcada, Divination, Shamanic Path and The Woman Who Fell to Earth. The new album Emptiness is set for May 27, 2022 via Time To Kill Records.