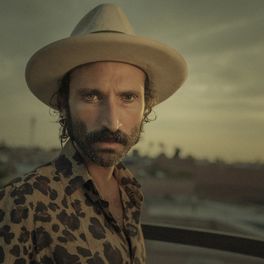 Football mad José Miguel Conejo Torres bore a striking resemblance to Brazilian midfielder Lucas Leiva, so much so his friends nicknamed him Leiva. The name stuck and when he started upon his musical career he adopted it as a stage name. After rising to stardom in his native Spain as one half of the successful pop-rock duo Pereza, Leiva split from his partner Rubén Pozo and went solo, releasing the album Diciembre in 2012 on Sony Music. With Leiva being widely acknowledged as the musical driving force behind Pereza, the album was eagerly anticipated by his fans. Upon release it received wide critical acclaim including winning a Rolling Stone Award for Album Of The Year and two Latin Grammy nominations validating the singer-songwriter's decision to pursue a solo career. The single Eme lifted from the album was a ballad about the painful breakup with his girlfriend Michelle Jenner and became a predictably successful hit firmly establishing Leiva as a credible solo performer within the Latin market. Two follow up albums, Pólvora in 2014 and the 2016 release Monstruous went straight to number one in the Spanish Album Charts.