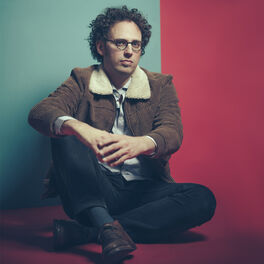 Giacomo Lariccia left Italy in his early twenties and hitchhiked through Europe in search of his American dream. He found it in Brussels where he graduated in jazz guitar at the Royal Conservatory in 2005. In 2008 he released his first jazz album, Spellbound, and began touring Europe again. At some point he discovered the power of words and music and how they can be used as forces of change. He fell in love with the Italian canzone and has been writing his lyrics in Italian ever since: his albums as a singer songwriter (cantautore, in Italian) won several prices in Italy and abroad and he has been touring all over Europe, Middle East and South America.