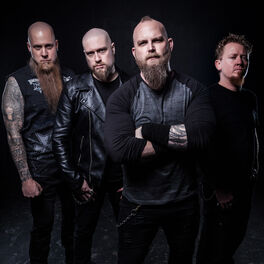 Unstoppable / War Inside Us All

Vengeance and the Misery

Unveil the Strength, an International metal band based in Austin, TX. It's a quintet composed of former members of iconic bands such as Five Finger Death Punch, Sacred Mother Tongue, Invidia, Flatline, Devolved and Stratovarious. Their first recording, titled Foundations was recorded in Austin, TX. They recorded with Rob Kukla of Studio Fredman and Henrik Udd of Henrik Udd Recordings in Gothenbrg Sweden. Udd is known for his impeccable production with acts such as Architects, Bring Me The Horizon, At The Gates, and Delain. Mark Wölfe - Vocals Matt Snell - Bass Andy James - Guitar Matt Guillory - Keyboards Tim Hassemer - Drums