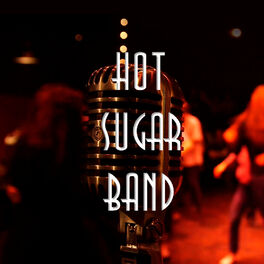 Jonathan Stout and his Campus Five

Born in 2010, the Hot Sugar Band has become one of the top-rated bands in the world of Lindy- hop and Swing dance in general. Based in Paris, and featuring some of the finest musicians of the french swing and jazz scene, the band has performed all around the world, including Sweden, Vietnam, Hungary, Lithuania, Canada, Spain, South Korea, China, Italy, Netherlands ... among many others. Its unique, highly recognisable sound, at the crossing of John Kirby's sextet, Django Reinhardt big band works, and Count Basie and Duke Ellington's classics, in addition to the band's endless energy on stage, have contributed to make it one of the most-demanded bands in the world of swing, with 350+ shows over the 5 last years and more than 14M views on youtube.