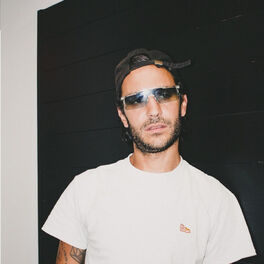 ALL MY Life I Been Thuggin'

Brodinski is a DJ and producer, bouncing between electronic & hip Hop. Originally from Reims, Brodinski debuted his carreer in 2007 releasing Bad Runner on Mental Groove Record, and DJ mixes for Bugged out (Suck My Deck, 2009) & Fabric (FabricLive 60, 2011). He was a long-time resident of the Social Club. A friend and collaborator of DJ Mehdi, and the producer of several EPs, Brodinski has started an international career more than 10 years ago, DJing regularly in America, Asia and Australia. In 2012, he co-founded the Bromance label & has released talents such as Gesaffelstein, Club cheval and Louisahhh, and also developed links with artists from across the world including Suicideyear, KAYTRANADA or Jacques Lu Cont. In 2013, Brodinski & Gesaffelstein teamed up with Kanye West to work on his LP Yeezus Ending up producing on Black Skinhead & Send It Up. In 2015 Louis released his debut album, Brava, which brought together techno production with American rappers : a plunge into his desegregated musical world. After ending the Bromance adventure in January 2017, Louis Brodinski, continuing his evolution, is since working on a series of mixtapes & EP that focus on North America hip-hop, releasing The Sour Patch Kid in 2016 with the likes of 21 Savage , Young Nudy & Johnny Cinco. He now splits his time between Paris and Atlanta, and is currently working on several project including new collaboration with Bloody Jay, Ola Playa & more.