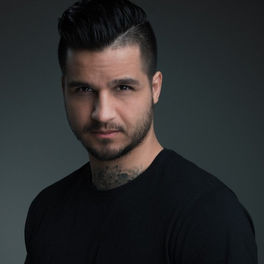 Bass Journey - A Journey Through Memory

A Journey Through Memory

Change My Pitch Up!

Dominator - We Will Prevail

Furyan started spinning hard dance and Hardcore at the age of 18 by the name Charly S, quickly gaining him a residency in one of Rotterdam’s biggestclubs. His excellent taste for music and feeling with his crowd gave him the opportunity to play huge events such as Hard Bass and back2school. Since 2009, Furyan has been focussing entirely on his biggest passion: Hardcore! Kicking off with his debut solo release on the mighty Rotterdam Records in 2010, more releases quickly followed before finally joining Neophyte Records in 2013. Over the past few years, Furyan is dropping hits such as Rugged, Bombshell, Slapeloosheid and Teknology among many others, becoming one of the Dutch label’s most active producers. Being no stranger to the crowd, Furyan’s acclaimed on-stage presence has earned him some of the biggest spots any Hardcore artist can aim for. His music also takes him around the world! It’s clear to see Furyan is already climbing to the top of his respective scene at an unstoppable pace. The future of this gifted Hardcore maestro is set to be an exciting one! https://www.instagram.com/dj_furyan/