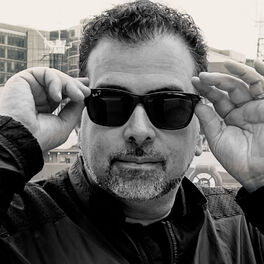 Can You Feel It

When You Feel What Love Has (Remixes, Pt. 2)

When You Feel What Love Has

Everybody Put Your Hands Up

Window to My Soul

by Lenny Fontana, Salah, Terri B

Do It To The Music

Love On A Mountain

Lenny Fontana been in the music business as label owner, producer, remixer and DJ for over 30 years. In the early 90's he was the first DJ from USA to be invited and play at Pacha Ibiza and Pacha Dubai. His first success as a record producer was in 1991 with Butch Quick “Higher” on the famous Strictly Rhythm Records. In 1999 he has his first UK Top 10 hit under his pseudonym Powerhouse ft. Duane Harden “What You Need”. The song was performed live on the famous TV shows BBC "Top of the Pops" and the Pepsi Chart Show. Soon after he had another hit with chart success on the song “Chocolate Sensation” on FFRR / WEA with heavy rotation on MTV. In 2009 he teamed up with Jean Claude Ades and the song “Nitetime” with over a few million streams on Spotify and YouTube. In 2011 Lenny produced alongside Eddie Gordon the ex-manager of Pete Tong & Judge Jules the BBC Radio 6 documentation BBC Legends Of The Dancefloor - A Tribute To Larry Levan Paradise Garage Listen: https://soundcloud.com/lennyfontana/sets/bbc-legends-of-the-dancefloor In 2013 he comes with his own label Karmic Power Records and released songs like “When You Feel What Love Has” that hits #31 position on the Nielsen Billboard Indicator Radio Chart (USA) and the huge urban station WBLS 107.5 FM, Sirius XM Venus, Music Choice and many other FM stations added it to their daytime rotation. Also he released tracks with famous artists like Alison Limerick, Shirley Lites (West End Records) and Chris Willis (the voice of David Guetta´s hit singles “Love Is Gone”, “Would I Lie To You”, “Love Don't Let Me Go” and more). Keep an eye on him there is no stopping him now.