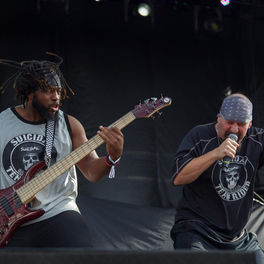 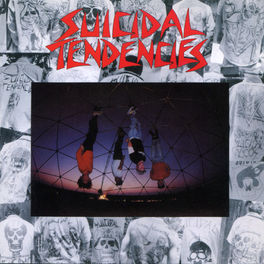 STill Cyco Punk After All These Years

Get Your Fight On!

Free your Soul...and Save my mind

Still Cyco After All These Years

The Art Of Rebellion

With several personnel changes and only one remaining founder member, a gig with the Venice Beach thrash metal outfit Suicidal Tendencies is no place for a musician planning a safe pension and a comfortable retirement. Since forming in 1980 the band have had a rollercoaster career playing their distinctive brand of uncompromising hardcore thrash metal. They've courted controversy ever since being voted Worst Band in a 1982 edition of 'Flipside', the popular LA based punk magazine. Curiously, the following year the same magazine voted them Best New Band.

In the band's early career they were tainted by apparent close connections with the LA gang culture - an image the band did little to discourage and the gang association built up a loyal following among their predominately west coast fan base. Behind the posturing and uncompromising image lies some serious musicianship and although singer Mike Muir had to cope with a constantly evolving line-up, somehow the band put out a surprisingly consistent sound. Their music is defined by Muir's willingness to tackle uncomfortable subject matter within his songwriting and is an outspoken critic of the music industry. Although their 2016 album 'World Gone Mad' was rumoured to be the band's final studio recording, they came back with 'Get Your Fight On!' in 2018.