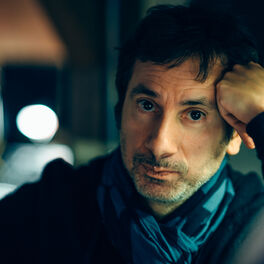 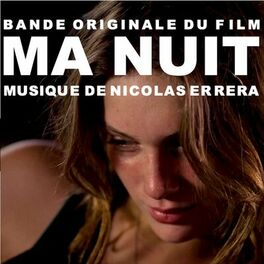 The Extraordinary Journey of the Fakir (Original Motion Picture Soundtrack)

Nicolas Errera is a French composer and musician working all over the world. He was born in Paris. He studied piano at Normale Superior School of Musique of Paris, Electronic composition with the GRM class in the National Superior Conservatory of Paris. First Price of Soundtrack Class in Normale Superior School of Music. After completing his classical studies in Paris, Nicolas Errera embarked on an eclectic and prolific career as a composer and musician. Nicolas Errera co-founded two innovative electronic pop bands: Grand Popo Football Club and Rouge Rouge. Both groups went on to be associated with the 'French Touch' genre. The success of his songs "Each Finger has an Attitude", "Men are not nice guys" and "L'Amour" earned him invitations to play in clubs and concert halls all over the world. Making music for movies was a natural progression.Both constellations released two albums and entertained audiences on dance floors and in lounge clubs in Europe, and Asia. He has written music for more than 60 French and international films, In 2008 the success in China of the film The Butterfly (which was watched by more than 10 million people) led to a meeting with the Hong Kong director Benny Chan (film director). This paved the way for him to work in Asian movies, as he composed the soundtracks for three of Chan's films - The White Storm, Shaolin and Connected. In 2015, He composed the music for Mountain Cry directed by Larry Yang . In 2018, he composed the music for the movie Hidden Man directed by Jiang Wen. (The movie is selected at Toronto International Film Festival 2018- Hidden Man has been also chosen by China as its nominee for Best Foreign Language Film at the 91st Academy Awards) . Nicolas Errera wrote the music for the play Good Canary and dangerous liaisons, directed by John Malkovich. He has also composed music for commercials where the prestigious clients have included Dior, Givenchy, Chanel, Armani, Yves Saint Laurent. Nicolas Errera writes experimental music for contemporary pieces such as video installations. The music he composes for films can enhance viewers' experience while also conveying a classical and melodic sensitivity and introducing contemporary tones and emotions (electroacoustic sounds, music concrete, musical design.) The deeply varied portfolio of films for which he has composed music, along with his unusual and international musical career, reflect his commitment to composing pieces that celebrate and embrace diversity.