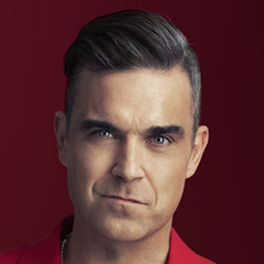 Under The Radar Volume 3

I've Been Expecting You

Sing When You're Winning

Robbie Williams is best known for being a member of boy band Take That before going on to have a successful solo career. In his youth, he was working as a salesman when his mother saw an advertisement in a newspaper for members of a new group being put together by manager Nigel Martin-Smith, and applied on his behalf. The band grew into Take That. After five years of wall-to-wall hits and sell-out shows, Robbie's mischievous and rebellious nature triggered his departure from the band in 1995 and he embarked on a solo career. His first single, a cover of George Michael's 'Freedom', was followed by a fallow period, but the 1997 Christmas hit 'Angels', written with Guy Chambers, launched him into superstardom.

The intensity of his fame caused problems in his personal life but he weathered various storms and occasional notoriety with hits 'Millennium' and 'Let Me Entertain You'. Towards the end of 2009, Williams, who had been quiet on the music scene for several years, made a comeback appearance on that year's 'X Factor' and in 2010 he was awarded the Brit Award for Outstanding Contribution to Music. It was that year that Robbie would reunite with his former band members Take That, with their album 'Progress' a huge commercial success. Following this, while still a member of Take That, Robbie went on to continue to focus on his solo efforts.

In recent years, his hit singles have included 'Candy' from ninth studio album 'Take the Crown' (2012), and 'Love My Life' from 'The Heavy Entertainment Show' in 2016. In 2018, he joined his wife, Ayda Field, as a judge on 'X Factor'. In 2019 he returned with festive album 'The Christmas Present', which features guest appearances from Jamie Cullum, Rod Stewart and Tyson Fury.