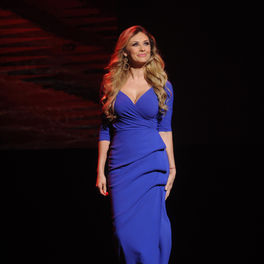 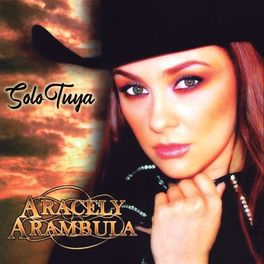 Known affectionately as 'La Chule', the multi-talented Aracely Arámbula Jacques was born in Chihuahua, Mexico on March 6, 1975. Arámbula was given her first taste of fame competing at beauty pageants in the early 1990s. She was crowned “Face of the Year” by Mexico’s daily newspaper El Heraldo de Mexico in 1996 and this win paved the way for a fruitful career as a telenovela actress. In the late 1990s, Arámbula began flexing her vocal cords in parallel to her acting career, adding her voice to an album of nursery rhymes in tribute to Francisco Gabilondo Soler, called Ellas Cantan Cri Cri. In 2001, she performed on the Abrázame Muy Fuerte telenovela soundtrack with Pablo Montero and Juan Gabriel, who wrote and performed the album’s title track. The album was a commercial hit, peaking at Number 2 in the Top Latin Albums chart and receiving a nomination for Best Latin Pop Album at the 44th Grammy Awards in 2002. In 2003, Arámbula received a trio of nominations – Best Album, Best Duo and Best Regional Mexican Song – at the Billboard Latin Music Awards for her 2002 album of Latin pop, Sólo Tuya. The album featured hit single "Te Quiero Igual O Mas Que Ayer", recorded along with Palomo. Arámbula released the follow-up album, Sexy, in 2005, which was produced by the brother of the late, great star Selena, A.B. Quintanilla. 2007 saw the release of album Linea de Oro.