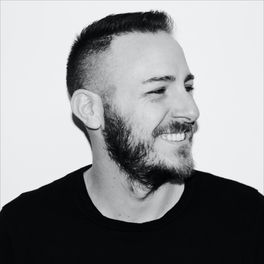 Get Up and Boogie (Incl. DJ Mix)

I Need Your Love

What You Waiting For

Shake It on Down

What I'd Do Disco

When House Music Is Born

In the head of... Camille Faguer

For Italian DJ & producer Mirco Berti (a.k.a Babert), 2019 has been his finest yet. A subtle shift of focus from the disco edits for which he first earned his reputation as a producer (garnering support from the likes of fellow editors Dr. Packer, Late Nite Tuff Guy and Joey Negro) towards the house sound he most fondly reveres as a DJ, has resulted in a slew of stylish productions and an avalanche of remix requests for some of the industry’s hottest and most prominent labels. The major breakthrough came this summer when his remix of ‘Time After Time’ on Soulfuric Records peaked at #1 on the Traxsource Chart where it stayed for two weeks, earning him plaudits from house music’s finest pioneers. A subsequent remix request from Todd Terry manifested another equally sumptuous vocal house remix for Phoenix Music, followed by ‘Get On It’ for Melbourne tech-house producer Stace Cadet. In 2019, Babert has remixed for the likes of Purple Disco Machine, Todd Terry and Yolanda Be Cool and released tracks on Soulfuric/Defected, Armada, Nervous, Sweat It Out, Disco Revenge, MoodFunk and Sleazy Deep and Midnight Riot! Two decades of application to his craft, 4 million+ Spotify streams and over 70 releases on his Disco Revenge label later, Mirco now appears to have found his groove where his heart is. With no signs of relenting on his studio schedule and spurred on by this year’s successes, 2020 looks poised to take him higher and higher.