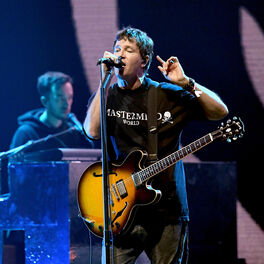 Out of the Womb: Lullaby renditions of Third Eye Blind songs

Out of the Vein

The Kids Are Coming (To Take You Down)

Stay At Home with All Time Low

A Knight's Tale - Music From The Motion Picture

Within a couple of years the relationship between Jenkins and Cadogan had begun to sour and Cadogan was unceremoniously fired from the band after a gig at the Sundance Film Festival in 2000. With Cadogan's departure some of the early magic seemed to fade and eventually they were released from their contract with Warner Music.

Some years after making an out of court settlement with Cadogan the band found itself mired in another legal wrangle after they sacked Cadogan's replacement Tony Fredianelli in 2010. In the ensuing court case Fredianelli was awarded almost half a million dollars in damages by a jury in California. The band continue to record and tour sporadically.