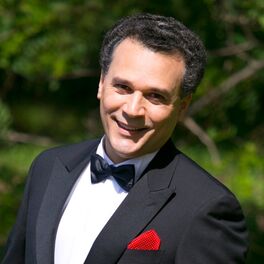 Love Is the Answer

Do the Bossa Nova

Just the Way I Love You

Ron Bernard is an independent artist from Australia. He has captivated audiences around the world with his melodic and romantic interpretive style. His life journey is the celebration of art over adversity. From barefoot to doctor to singer, he delivers music that is his life force. His voice is the means he transcended poverty. Supported by people who believed in his talent, he started his studies at music conservatoires and church choirs in his early teens. With the aid of music scholarships, he attended schools in Australia, New Zealand, Brazil, and the United States. It was through the opportunities available in the United States and the support of his adoptive family in Alabama that life really began for Ron Bernard, leading to successes as an individual and scholar. After completing a Master's degree in Tennessee, he went on to be awarded a PhD in Linguistics from Melbourne University in Australia. Ron Bernard performs in several languages, giving voice to his belief that music, language, and culture are intrinsically connected, music being a universal element, the bond that unites us all. He sings in English, Spanish, Portuguese, Italian, and French.