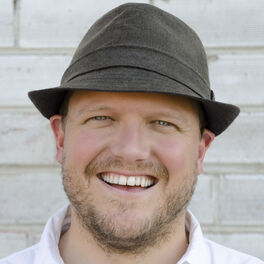 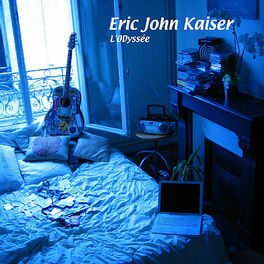 "Dehors c'est l'Amérique" (Outside, it's America)

Eric John Kaiser's new album "Made in Gaspésie" recorded in Quebec in June and July 2016 was released Sept 23rd and charted #14 in the Billboard World Chart the week of it's release. Known as The French Troubadour, Parisian-born Eric John Kaiser is a singer-songwriter reimagining Americana music through a French lens. Eric was born in the southern outskirts of Paris, in small town called Verrières-le Buisson, and began learning guitar when he was 10 years old. After years of a classical music education, he found a teacher that opened him up to the music of the Beatles and Rolling Stones. He began writing songs in his adolescence, using music as both a diary to channel his experiences and as his personal legacy. After performing over 350 concerts in France, Eric John Kaiser fell in love with a girl, a romance which would bring him to Portland, Oregon where he is currently based. Now, over a decade since his relocation, he logs close to 10,000 miles each year via air, land, and sea, guided by his music, exploring North America on multiple lengthy tours. He has gigged his way up through Canada and down through the South, as far as New Orleans and Boston. Eric John Kaiser has released five full length albums recorded in Paris, Oregon and Québec and played at the de Young Museum in San Francisco, as an “Artist in Residence” at the Smithsonian Institute in Washington DC, the Blue Nile in New Orleans, and the Solidays festival in Paris. He has shared the stage with Welsh superstars Stereophonics, toured with French star Tété (who has also appeared as a featuring artist on his album "French Troubadour"), played with The Lost Bayou Ramblers in Lafayette Louisiana, as well as the French band Revolver. French Rapper Fefe from the band Saïan Supa Crew also appeared on Eric John Kaiser's album L'ODyssée. Whether he’s driving his trusty Subaru under the wide Montana sky, riding the New York City subways, or jetting across the Atlantic to tour through France, Eric John Kaiser’s music has led the way, allowing the artist to connect with people through his songs. His songs resonate with a genuine Americana rhythm, like galloping across the vast plains on horseback, with a western lap steel guitar playing dirty roadhouse blues.