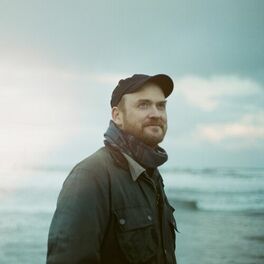 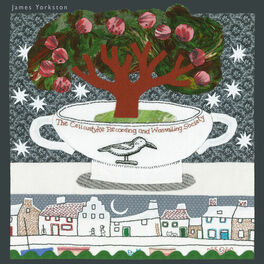 The Cellardyke Recording and Wassailing Society

The Route To The Harmonium

The Cellardyke Recording and Wassailing Society

I Was A Cat From A Book

When The Haar Rolls In

The Year Of The Leopard

Just Beyond the River

With a quietly unassuming musical style, James Yorkston has built a loyal following with his thoughtful songs, sensitive delivery and a wry cynicism towards the music business. From Fife in Scotland where he has long been loosely connected with The Fence Collective and artists like King Creosote, Yorkston's first inroads into the music scene came courtesy of Radio 1 DJ John Peel, who played a demo of his song Moving Up Country Roaring The Gospel long before he even had a record deal. The track eventually became his first single (under the name J Wright Presents) before he set up his band The Athletes, recording his first album Moving Up Country in 2002, which went on to become Rough Trade Records album of the year. Kieran Hebden (of Four Tet) produced his second album Just Beyond The River and Yorkston toured with various front-line acts, including Turin Brakes, Lambchop and Beth Orton. Third album Out Of Season was produced by Rustin Man as Yorkston began to embrace British folk music. His When The Haar Rolls In album included guest appearances by folk stars Mike and Norma Waterson and he followed it in 2009 with an album of traditional music simply entitled Folk Songs and also featuring The Big Eyes Family Players. In 2011 he published a book It's Lovely To Be Here - The Touring Diaries Of A Scottish Gent recounting amusing experiences of his life on the road.