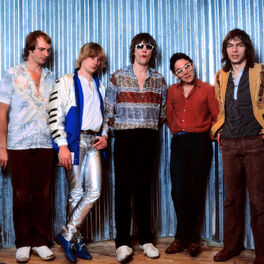 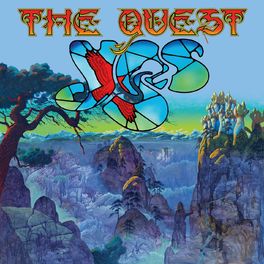 Close to the Edge (Deluxe Edition)

Time and a Word (Expanded)

Going for the One (Deluxe Edition)

Highlights - The Very Best of Yes

One of the great survivors of prog rock, Yes managed to keep its identity intact despite numerous personnel and musical direction changes. Formed by Jon Anderson and Chris Squire in 1968, the duo added Bill Bruford, Peter Banks, and Tony Kaye before releasing their self-titled debut in 1969. It was on 1971's The Yes Album that the sound most associated with the group started to develop - thanks to Steve Howe's guitar work - followed by the acclaimed Fragile (1971) featuring Rick Wakeman on keyboards, and 1972's Close to the Edge. Each of the band's members took time to pursue solo efforts, but Yes reformed in 1977 for their comeback album Going for the One, a slightly more commercial effort in the punk dominated charts. In the 1980s, Yes suffered the devastating split of Wakeman and Anderson, drafting in former Buggles members Trevor Horn and Geoffrey Downes. They both left in 1982 to join Asia, but Yes came back together a year later with Anderson in a period when they released 90125 (1983) featuring the hit “Owner of a Lonely Heart”. However, then-current and former members were locked in a dispute over the Yes name, until they returned once again in 1991 with the album Union. A series of albums followed that didn't capture the band's days of yesteryear, with a brief hiatus between 2004 until 2008 when the group reformed with the line-up of Howe, Squire and Downes with Billy Sherwood on bass and Benoît David on vocals. They released Fly from Here in 2011 with Oliver Wakeman on keyboards, followed by Heaven & Earth in 2014 with new lead singer Jon Davison. After a short battle with acute erythroid leukemia, Chris Squire died in 2015 at the age of 67. After a lengthy fan campaign, Yes were inducted into the Rock & Roll Hall of Fame in 2017. Past and present members were in attendance (with the exception of Kaye who elected to not be there). Later in the year, they toured the US with a headline spot on Cruise to the Edge, a gig they signed up to repeat in 2018. After a seven year wait, Yes returned in 2021 with The Quest, their first studio album since Chris Squire’s passing. The line-up on the album featured Jon Davison (vocals), Steve Howe (guitars), Geoff Downes (keyboards), Billy Sherwood (bass), Alan White (drums), and Jay Schellan (percussion).