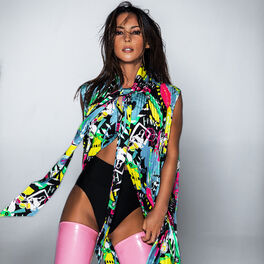 Suite in A - Desires

City on the moon

by LITO by Yosuke Ito, AMI

AMI is a Romanian popstar that gained recognition with her debut single, the smash hit „Trumpet Lights”, in 2012. Her unique voice and remarkable style, with latino influences, makes AMI one of the most distinguishable artists of Romania.   In 2013, she had the most successful collaboration of the year. The featuring with Grasu XXL, „Deja Vu”, dominated Media Music Awards Romania in 2014 where it received 4 awards (Best Hip-Hop, Best Featuring, Best YouTube and Pro FM Award). AMI is also known for her Spanish language skills and her song “Otra Vez”, released in 2013, was one of that summer’s top hits. “Playa En Costa Rica” was another huge success, a song released in 2014. 2016 saw the release of „Te astept diseara”, a song that dominated all airplay charts and gained more than 36 million views on YouTube. In 2019 AMI released „Tramvai”, a beautiful song that was played in heavy rotation at all the major radio stations in Romania. Her latest single, „Regrete” feat. florianrus is promising a big future. The song was already very well received by the audience.