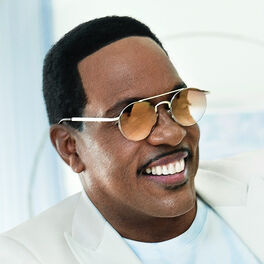 In It To Win It

Touched By An Angel

First learning to sing in church as a three-year-old, Charlie Wilson went on to become one of the best-loved and most influential soul stars of the 1970s and 1980s, before being rediscovered in the 2000s with the help of the hip hop community. Born in Tulsa, Oklahoma, Wilson formed the Gap Band with brother Ronnie in 1974 and together they scored a string of funky classic party favourites, including Oops Upside Your Head, Party Train, Outstanding, You Dropped A Bomb On Me, and Early Morning. Tackling drug and alcohol addiction, he disappeared from show business during the 1990s, but the Gap Band's music was discovered anew after being sampled on numerous hip hop tracks. Having overcome his problems, he returned with the solo album Bridging The Gap (2000) featuring Snoop Dogg and went on to record with Justin Timberlake, Will.i.Am and R. Kelly on Charlie, Last Name Wilson (2005) and reach Number 2 in the US charts with Uncle Charlie (2009). More recently he's been nominated for six Grammy Awards, worked extensively with Kanye West and become a spokesman for the Prostate Cancer Foundation. In 2013 he released his sixth solo record Love, Charlie to critical acclaim.