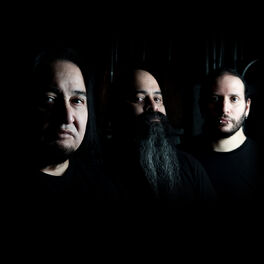 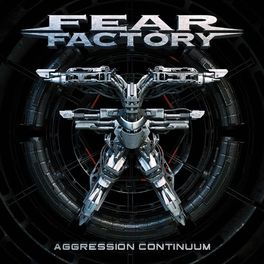 Soul of a New Machine

The Best of Fear Factory

Combining doomed industrial rhythms with raging metal, Fear Factory
created a seething ball of mechanical noise that scorched through the 1990s
hard rock scene. Forming in Los Angelos in 1989, and led by Burton C. Bell's
growling vocals and Dino Cazares' thrashing guitar riffs, their ferocious live
shows landed them a deal with legendary indie label Roadrunner Records, and
early albums Soul Of A New Machine (1992) and Demanufacture
(1995) helped pave the way for a host of nu-metal bands. Their third album Obsolete
(1998) reached the Top 20 in the UK and cemented the band's position as one of
the most influential metal acts of the decade; but Cazares left the band in
2001 after a rift in the group appeared. The band continued without him but
were dropped by Roadrunner, and only really got back to their best once Cazares
rejoined in 2009 and they returned to their roots with the acclaimed album The
Industrialist in 2012. After 2015’s Genexus, infighting and a
lawsuits between the band members resulted in all of the original band members
leaving the group by the end of 2020 except for Dino Cazares. Their first new
single in five years, “Disruptor”, came in 2021 followed soon after by
the album Aggression Continuum.