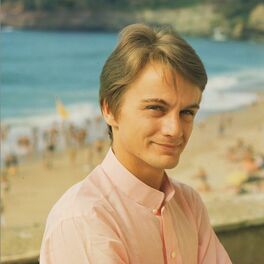 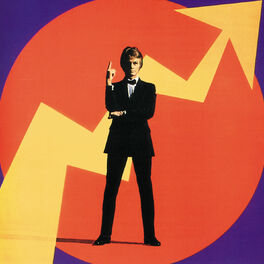 Claude François was a flamboyant French pop singer, songwriter and record producer in the 1960s and 1970s best known for co-writing the lyrics of the French song 'Comme d'habitude', with music by Jacques Revaux, which Paul Anka adapted as 'My Way' for Frank Sinatra. He co-wrote many other songs including 'Parce que je t'aime mon enfant', which later was adapted as 'My Boy' and recorded by Elvis Presley.

François, who had the nickname Cloclo, was immensely popular in his homeland as he responded to musical trends from rock 'n' roll to the twist to disco. Born in Egypt while his father worked at the Suez Canal, he learned music as a child and began performing in clubs on the French Riviera. In Paris from the early 1960s, he released many singles with hits such as 'Alexandrie Alexandra', 'Cette année là', 'Le lundi au soleil', 'Magnolias for Ever' and 'Le Téléphone Pleure (Tears On the Telephone)', which went to number 35 on the Official U.K. Singles Chart in 1976.

He toured in French-speaking nations across Europe and Africa and revelled in a fierce rivalry with French pop icon Johnny Halliday. He had his own fashion label and record company and he produced the singing family known as Les Flèchettes. In 1978, he had worked on a BBC television special, performed a sold-out concert at the Royal Albert Hall and was planning a tour of America when he died aged 39 from electrocution when he touched a faulty light switch while in the shower. Belgian actor Jérémie Renier portrays him in a biopic titled 'Cloclo' (aka 'My Way') released in 2012. His older sister Josette François published a biography titled 'Claude François Mon Frere' in 2008. Many of his most famous tracks can be heard on a two-disc album titled 'Best of Claude François' released in 2008. Other compilations include 'Dix Ans Déjà' (1996) and 'Les Plus Belles Chansons de Claude François' (2011).