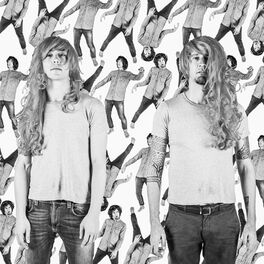 Quarter Pounder - 25 Years Of Being Consumed

Nothing Less Than Cheap Imitations: Live at The Hi-Fi Melbourne OCT 2012

Don't Stress / Light me on Fire

Australia’s REGURGITATOR started in 1994 and quickly established themselves as an articulate and witty purveyor of the national music scene – assembling a mishmash of funk, punk, electronics and any other style that stuck to the sides… with an unmitigated irony and geeklike nature. After a series of great shows they embarked on their first tour of Europe (with Filter) before stopping in Bangkok to record their first album “Tu Plang” (Thai for ‘jukebox’). “Tu Plang” was released to a great reception in Australia and coincided with a tour with The Red Hot Chili Peppers in 1995 followed by another with Japanese guests the Boredoms. They followed this up with the multi-platinum “Unit” (1997) – an even quirkier mixup with 80s flavours and headed out extensively across Australia, Japan and the US. After numerous tours and appearances on music festivals (Australia’s Big Day Out, Japan’s Fuji Rock, Britain’s Reading, Hong Kong’s Rock It) and two more albums: “…art” (1999); “Eduardo & Rodriguez Wage War on T-Wrecks” (2001) - they departed from Warner and embarked on an independent career. Their first album in this direction Mishmash (2004) was created from the BAND IN A BUBBLE project – a multiplatform (TV, internet, radio etc) glass recording installation built in Federation Square, Melbourne where the band recorded and lived in full view of the public for 3 weeks. The next album “Love and Paranoia” we recorded in Rio de Janeiro, Brazil. They then toured Australia, another round on the Big Day Out in 2008 tour plus shows in the UK, Hong Kong, Laos, Vietnam and China. Late 2009 they played a small festival in the Japanese Alps with Hoodoo Gurus… before working with dance choreographer Gavin Webber on the live music/dance/theatrical project Rock Show at QPAC in Brisbane. In 2010 Quan & Ben relocated to Melboune and set studios up in their new dwellings and then started work amid various distractions on new recordings planning to eschew the typical album release approach for a take it as it comes approach. After a few shows including the 10th birthday of the Brisbane Powerhouse they performed a highly successful live soundtrack to Japanese anime film AKIRA at Sydney Opera House. 2011 saw the release of 6th album SuperHappyFunTimesFriends on CD, vinyl, cassette, download (both free and retail) and new format playbutton they set off on a trajectory of touring – an extensive national tour with NZ guest Disasteradio, various festivals slots culminating in their performances of seminal album UNIT at the Falls & Southbound festivals. 2012 kicked off with a great slot on the BIG DAY OUT… sixth time around; along with performances at the Margaret River Surf Classic, mid-year benefits for both 4ZZZ and Blackie from The Hard-Ons, the Red Deer Festival in Qld, they also toured Australian tour performing seminal albums Tu Plang and Unit – The Retrotech2012 tour was highly successful with the majority of shows sold out. SuperHappyFunTimesFriends was also released in Japan this year and they play on one of their favourite festivals – the sold-out Meredith Music Festival. To kick off 2013 Regurgitator have embarked on a new recording exercise in Hong Kong and are currently completing album #8. In between this they headed out on the excellent Groovin’ the Moo regional festival tour and left many happy faces in their wake. More action coming later in the year