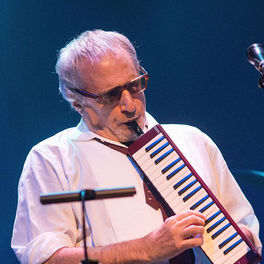 I'm Not The Same Without You

Remastered from the Archives

Reelin' in the Early Years

The Blind Boys of Alabama

Known best for his ground-breaking partnership with Walter Becker in the jazz-rock band Steely Dan, Donald Fagen has also had a solo career with several albums and has featured or produced albums for other artists. Steely Dan were active from 1972 to 1981 and again from 1993 until Becker's death in 2017.

Born in New Jersey, a visit to the Newport Jazz Festival led him to study music and he learned how to play the piano with a wide taste that included Earl Hines and Bill Evans plus Motown and Sly and the Family Stone. He attended Bard College in New York City where he met Becker and they began to perform together and later formed Steely Dan.

The band had huge success and they were influential in rock and pop music in a major way but they disbanded in 1981 and Fagen released 'The Nightfly', his debut album as a solo artist, in 1981. It received a Grammy Award nomination and went to number eleven on the Billboard 200. He worked in film and television with his single 'Century's End' on the soundtrack of the Michael J. Fox film 'Bright Lights, Big City' (1988). He also contributed to albums by Poco, Rickie Lee Jones, Boz Scaggs, Phoebe Snow and later with Martha Wainwright and Todd Rundgren.