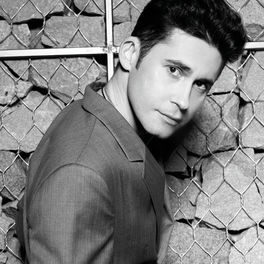 GRAMMY AWARD nominated songwriter, producer & artist Dan Balan was born in Moldova and currently living in New York. Performing across a range of musical genres from an early age, in 1999 Dan played a pivotal role in establishing the eurodance trio O-Zone. As the frontman and the creative force driving the writing and production, Dan led O-Zone to worldwide success. Having released their first album in 1999, O-Zone achieved worldwide success through a series of hit singles such as ‘Despre Tine’ and ‘Dragostea Din Tei’. ‘Dragostea Dei Tei’ reached #1 in over 30 countries worldwide, hit #3 in the UK sales chart and went on sold over 12,000,000 copies worldwide. It was the one of the best selling singles throughout Europe and Japan in 2004 and 2005 respectively and was covered by over 200 artists in 14 different languages. O-Zone’s best-selling album - the multi-platinum ‘DiscOzone’ (2004) – sold over 3,500,000 copies and was hugely successful in Japan. Following on from the success of O-Zone, Dan Balan subsequently moved to Los Angeles to produce and to record in the studio his solo material. Working alongside producer Jack Joseph Puig, who had previously worked with John Mayer, Sheryl Crow, No Doubt and The Rolling Stones, Balan developed a unique and captivating signature sound for his debut solo album. In 2008, Dan Balan has been nominated for "GRAMMY AWARDS" as a co-writer of the worldwide hit "Live Your Life" performed by Rihanna and T.I. (Nr. 1 in„Billboard Hot 100” chart for 6 weeks). 2010 - Dan closely exploring the more professional and sophisticated directions on his songwriting and as a result of his work he released several Nr. 1 singles. The first single was the smash hit song called ‘Chica Bomb’. Recorded in the U.S. and accompanied by a video directed by Hype Williams, whose previously credits include working on videos for the like of Missy Elliot, Kelis, LL Cool J and Jay Z, ‘Chica Bomb’ is set to be yet another global smash in Dan Balan’s discography. In addition to his talents in the studio, writing, recording and producing his own music, Dan Balan is also a dynamic and experienced performer. Having toured with O-Zone in the early part of his career, Dan now performs regularly as a solo artist and is currently touring extensively throughout Europe, Asia and USA.