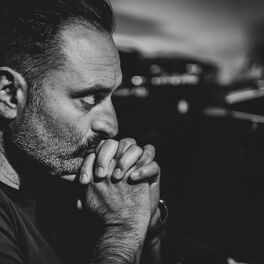 Music from the Past

Release Yourself by Roger Sanchez

Out of the Blue 4

Aimée Sol, It's All About Sunshine, Balearic House, Vol. 1

DJ and producer Luca Guerrieri began his career in 1995. He lives in Follonica (GR) and works in his Double Vision Studio. His sound is really difficult to define, since it crosses all or almost all the different kinds of electronic music. For instance, in 2019, on Claps Records, the label he manages with Marco Roncetti, he released his first album "It Never Ends". Some of the 15 tracks of the album (9 unreleased and 6 of the most important of his career) are downbeat. In spring 2020 "Homemade" was released, an album produced "in quarantine", while in autumn "Nightmares" is out. It's a very personal electronic musical journey through the difficult period we are living, between pandemic and impossibility to live together the energy of music. In 2017 Guerrieri founded Meet Music, a totally free convention held in Follonica, in the South of Tuscany, during the last week of June. The goal is to help who approach music to better understand the profession of DJ, providing the experience of who has been in show business for many years. In 2020, Meet Music Live Online has anyway put together professionals and young talents, thanks to MINI Meets Music Contest. He also participated as a teacher for two years at the Italian Jagermeister / Jagermusic Lab. Among the songs produced by Luca Guerrieri should be mentioned at least "Tears" (played on Tomorrowland's main stage) and "Harmony", baptized by Pete Tong in his show on BBC Radio 1. Over the years Luca Guerrieri has remixed songs by dozens of international artists including Bob Sinclar, Marshall Jefferson, Sidekick, Dirty Vegas, Watermat, Roland Clark (...). Luca Guerrieri's long collaboration with Federico Scavo produced many successful tracks, as "Strump (Blow It)", "Bug", "Que Pasa", "Balada". Together with Shorty (Radio Deejay, m2o), Luca co-produced "Canta Canta", "Vazilando" and "El Sonido", while with Tommy Vee "Bang Bang" and "Press Play". In Italy he performed in many of the top clubs, while he gave his sound to International top clubs like Privilege (Ibiza), Sankeys (Ibiza), Cielo (Dubai), Carrusel Club (Sofia).