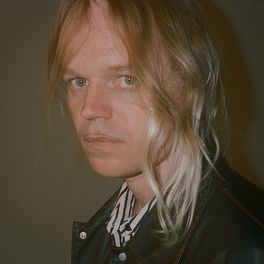 Lying Has to Stop

I Want Troll With You (Gentle Dom Remix)

I'm The Man, That Will Find You

Got To Let Go

Some musicians know where they’re from and where they’re going, and why. Others, such as Connan Mockasin, can only work from instinct, not only disinterested in the bigger picture as unable to see it. It was Forever Dolphin Love that pricked the ears of Erol Alkan, who promptly signed Connan on the spot to his (then) new label, Phantasy. Erol’s 10-minute rework of the album title track became a regular hallmark of his DJ gigs and soon artists such as Radiohead, Grizzly Bear, The Horrors, Django Django were citing Connan as an artist they most admired, in various press interviews. Caramel is a concept album. Of sorts. “The concept is that it's actually an album,” says Mockasin. “It starts with the dolphin [from the debut album] leaving, and the boss (the man) who is so in with love with the dolphin is sad, and then it kicks into the new album, and he is happier. But there’s a car race and a crash… That is the true sound of Connan Mockasin.