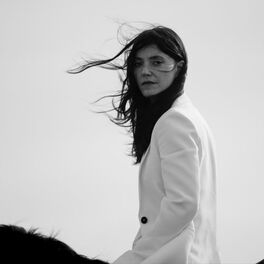 (It Was) Because I Was in Love (Deluxe Reissue)

Because I Was In Love

I Don't Want to Let You Down

One Day (By St. Panther)

Let’s Face The Music And Dance

Voices From the Empty Moor (Songs of Anne Briggs)

I’ll Be Your Mirror: A Tribute to The Velvet Underground & Nico

How Long Do You Think It's Gonna Last?

This is a Mindfulness Drill: A Reimagining of Richard Youngs' 'Sapphie'

An indie folk songstress inspired by the likes of John Cale and Neil Young, Sharon Van Etten made a big breakthrough in 2012 when her third album Tramp (2012) received huge critical acclaim. Raised in New Jersey, Van Etten dropped out of university in Tennessee and spent years in an abusive relationship with a boyfriend who belittled her songwriting and pawned her instruments. At rock bottom, she was encouraged by TV on the Radio's Kyp Malone and became part of Brooklyn's vibrant music scene, releasing debut Because I Was In Love (2009) through independent label Language of Stone. Follow-up Epic (2010) sharpened her autobiographical, confessional songwriting and produced the track Love More (covered by Bon Iver, The National and Dave Alvin) but with Tramp, she found her true voice and developed a confidence that made it one of the records of 2012 and Number 1 on Barfly magazine's end of year poll. Artist biography compiled by BDS/West 10. All rights reserved