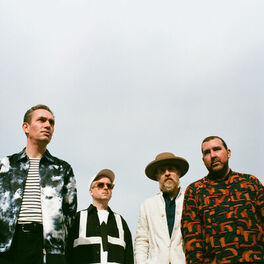 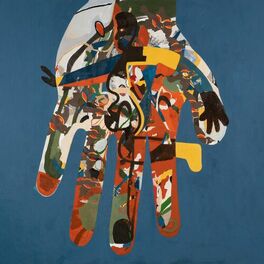 A Bath Full of Ecstasy

Made In The Dark

Over And Over (The B-Sides)

Boy From School (The Mixes)

Hold On/Touch Too Much Remixes

A Bath Full of Ecstasy (Remixes)

How to Get Away with Murder (Original Television Series Soundtrack)

Unlike the throbbing, pounding blitz of beats and swirls offered by many of their electro-dance contemporaries, Hot Chip's bleeping pop sighs and melodic, restrained grooves have taken the band smoothly from the clubs into mainstream chart success. Initially formed at school by Alexis Taylor and Joe Goddard, the band came together when they signed with Moshi Moshi Records and released debut album Coming On Strong (2004). Their reputation grew with remixes for Scissor Sisters, MIA and Gorillaz before The Warning (2006) was nominated for the Mercury Music Prize and Over And Over became a club hit and named single of the year 2006 by NME magazine. Led by their first Top 10 single Ready For The Floor, Made In The Dark (2008) reached Number 4 in the UK album charts and the band established themselves on the live circuit with endless touring and festival appearances at Glastonbury, Bonnaroo and Big Day Out festivals. Fourth album One Life Stand (2010) took a more soulful, upbeat turn with Taylor attributing his emotional growth as a songwriter to the birth of his daughter.