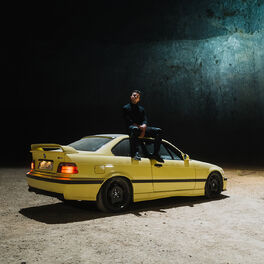 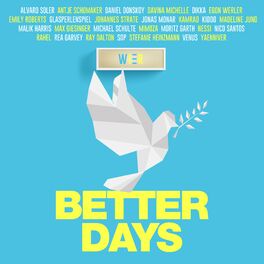 Goodbye To Love (Remixes I)

In Your Arms (For An Angel)

Treat You Right (From The Voice Of Germany)

Unlove (From The Voice Of Germany)

Nico Wellenbrink (January 7, 1993), aka Nico Santos, is a singer-songwriter and son of the composer-musician Egon Wellenbrink. Performing cover versions and original material on his own video streaming channel under the name Nico Santos, the young musician scored a surprise hit in 2011 with his song “Eres Perfecta.” He followed this a year later with a brief collaboration with US rapper KY before branching off on his own and releasing several singles including the hit “Symphony” in 2014. His career as a composer and music producer continued and in 2016 he produced Shindy's “December 31” single. Following a string of collaborations with Mr.Da-Nos, Jack Holiday, Tony T, and B-Case, Santos came to further prominence in his own right in 2017 with the release of “Rooftop,” which reached Number 5 on the German Singles Chart. His 2018 album Streets of Gold reached Number 25 while his 2019 single “Better” got to Number 15. A second eponymous album proved even more successful, breaking into the Top 10 in Germany, Austria, and Switzerland, where it peaked at Number 2. After collaborating with rapper Jamule on his 2020 single “Fastlane,” he shortened his name to just “Santos” and dropped the track “Leere Hände” (2021), which featured Sido & Samra and climbed to Number 2 on the German Singles Chart.